The following Gallery includes recent pictures of our precious teacher and Sangha. 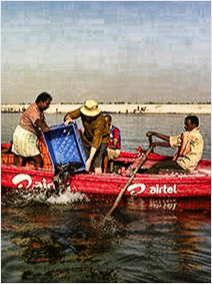 In keeping with the Buddhist tradition of sparing the lives of animals who are about to be killed, Sogan Rinpoche has sponsored animal releases in the San Francisco Bay area and abroad. Visit the links below for photos and video of some of these events.

Birds and fowl were saved from slaughter and given sanctuary in Nepal. To learn more, Click here >>

Goats and cows were saved from slaughter and given sanctuary in Bhutan. To learn more, Click here >>

Birds and fowl were saved from slaughter and transported to Segon Thupten Chokgyal Ling Monastery in Tibet. To learn more, Click here >>

This year's release occurred on the day we celebrate the Buddha's first turning of the wheel of dharma. Cows and oxen were saved and moved to a refuge for ransomed animals in Thimphu, Bhutan. To learn more, Click here >>

Rinpoche noted that the 2014 release was particularly auspicious. Forty cows and oxen were saved and moved to a refuge for ransomed animals in east Bhutan. To learn more, Click here >>

Haridwar, by the Ganges River in India, is a place considered sacred by Buddhists and Hindus. Here at the time of a new moon on April 10, 2013, Ven. Sogan Rinpoche and monks performed a fish release. Click here >>

In April, 2012, Ven. Sogan Rinpoche presided over a compassionate release of live fish into the waters of the Ganges River in Varanasi, India. To see photos and find out more about this event,  Click here >>

Photos from two different animal releases: one was conducted in 2009 at Lake Merced in San Francisco, and the other in 2010 in the ancient, holy city of Varanasi. Click here >>

In 2007 Sogan Rinpoche returned to his homeland – Golok, Tibet – for the first time in 14 years. The purpose of the visit was the inauguration of Kunsel Kyetsal, a science and technology facility for Tibetan high school students in Golok which had been funded by   The Sogan Foundation, a secular non-profit organization founded by Rinpoche in 2004.

Bayan Monastery: The monks and the local community extend a warm welcome to Rinpoche.

You can learn more about The Sogan Foundation on its website.