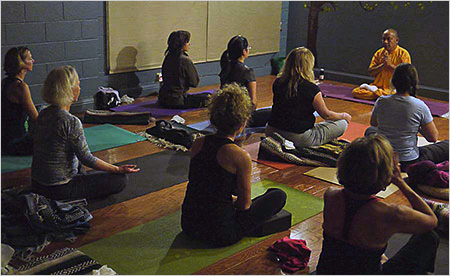 The photos in this gallery were taken in November, 2013, when Lobsang Dhondup visited the Lake Tahoe area. While there he taught several workshops in yoga, a discipline he mastered after studying in India with the great Swami Ram Dev. Lobsang, who has been granted the equivalent of a masters degree in Buddhist philosophy, decided to learn about yoga after being diagnosed with hepatitis.

Within a few years he achieved confident command in his practice and eventually doctors could no longer find any trace of hepatitis in his body. Lobsang is often asked to teach yoga and has started yoga training programs in Italy and India. He is committed to sharing his knowledge with fellow human beings who are suffering from the effects of various health problems.