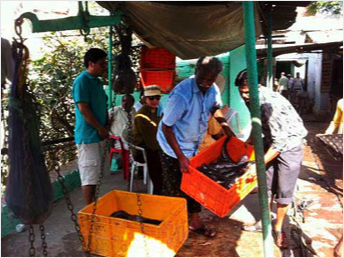 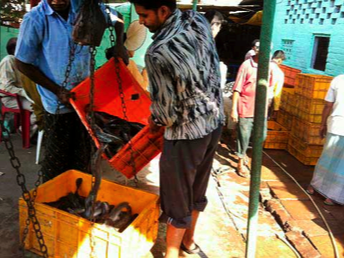 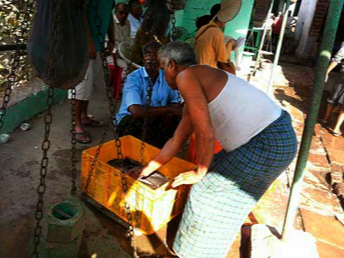 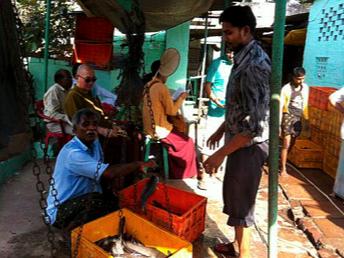 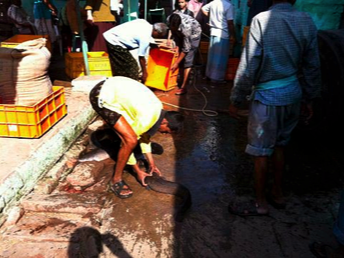 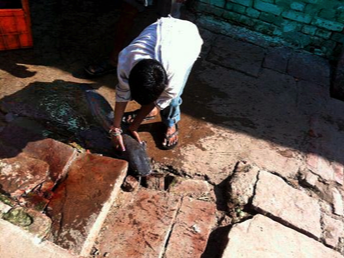 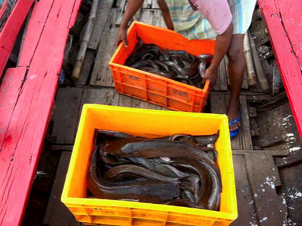 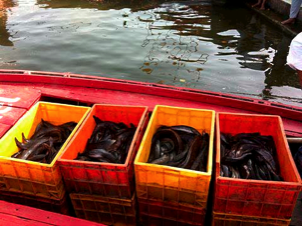 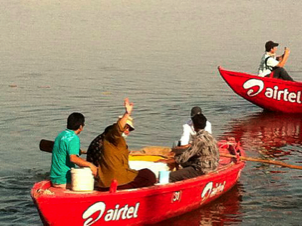 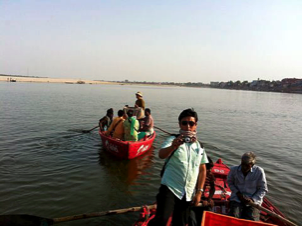 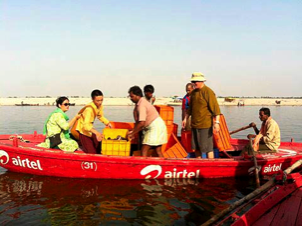 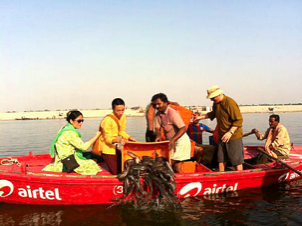 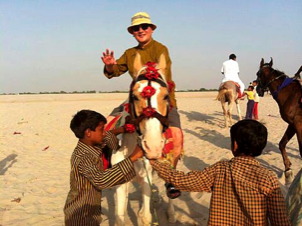 The Compassionate Activities of Ven. Sogan Rinpoche in India Spring 2012

Below is Sogan Rinpoche's message regarding the fish release which he led in Varanasi, India on April 15, 2012. We are grateful to the many friends of TOC who answered Rinpoche's request for donations in support of the event.As you scroll down the page, in addition to photos showing the purchase and release of the fish, you will see pictures of our beloved Master visiting Sarnath, the profoundly sacred site of Buddha's first teaching, which is located just outside the city of Varanasi.

We humbly extend our gratitude to Ven. Sogan Rinpoche for his countless, unceasing efforts on behalf of all suffering beings. Through his great kindness, not only did Rinpoche undertake these activities in India, but he has also generously provided the following precious words describing what he did and why it is so important:

The name “Varanasi” originated from the union of twin ancient rivers namely, “Varuna” and “Assi” which flow still today in this blessed land of Buddha. The Varanasi, as per historical records, is one of the six magnificent ancient cities of ancient India that still survives and flourishes till today. It is a city, which is not merely blessed by Lord Buddha and His great followers; but was equally blessed by the past three Buddhas and thousands of Boddhisattavas who intentionally took birth in this universe to release humanity from sufferings and darkness. It is the same place where the past three Buddhas had preached their First Sermons. Historically, we find the mention of this city “Varanasi” in the “Jataka Tales,” the records of Buddha’s past life, before obtaining enlightenment, when Buddha was simply a Boddhisattava. We can clearly judge how old and blessed the city of Varanasi is!!

So, to perform any kind of virtuous activities on this blessed land, undoubtedly, would be wonderful, powerful and beneficial, either collectively or individually. Besides, the day we released the huge quantities of lively fishes in the river Ganges also coincides with a special religious day. According to the Tibetan calendar, it was the 25th, a special day for performing any kind of religious activities.

As the great Acharya Nagarjuna said:

“From the foundation of these five great factors – persistence, intention, unopposed, endowed with qualities, and beneficiaries – virtuous and non-virtuous deeds arise (in great measure); therefore, strive to do virtuous actions.”
Nagarjuna’s letter to king Gautamiputra

Thus, I thought, it is the right place and right time to spend the money that you all friends in the centre had contributed for this specific meritorious purpose for releasing the lively fishes. So, on Sunday, the 15th of April, 2012 and 25th of the Second Month according to Tibetan calendar, I was able to spend IRs.105575.00 (One lakh five thousand five hundred and seventy five or $2,000) only for releasing/freeing more than 3700 lively fishes in the river Ganges on this auspicious day.

As advised by Acharya Nagarjuna:

“You possess the four great conditions: dwelling in a suitable place, relying upon the Holy Ones, having religiously applied yourself in former (lives), and collected merit.”

Basing on the above teachings, I feel, we have made the best use of everything this time: the right place, right time and, finally, the right needy, suffering creatures, whom we have released from the clutches of uncompassionate professional butchers.

“Having rejoiced in the virtues of all (living beings), having also dedicated your threefold good conduct to the attainment of Buddhahood,
And having mastered the whole of yoga, then you will have countless births in the realms of gods and men through this heap of merit.”

Finally, I dedicate this small heap of merit that we have collectively accumulated for the well being of all the suffering sentient beings in these countless realms and praying that they will eventually attain Buddhahood as soon as feasible.

May this heap of our collective merits bring everlasting Peace and Happiness to all the sentient beings in this universe……..

THE TRANQUILITY OF SARNATH GALLERY: