The Fish Market in Varanasi 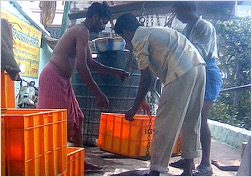 Porters Carried the Crates to the Shore of the Ganges River 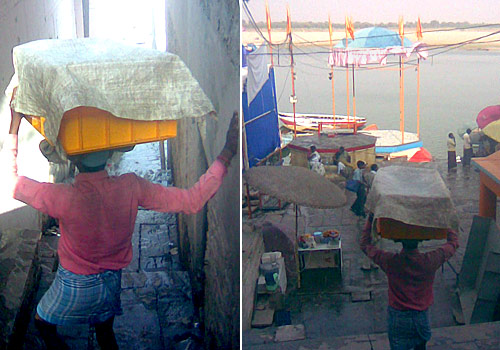 A Boat Was Hired and Loaded With Over 2,000 Fish 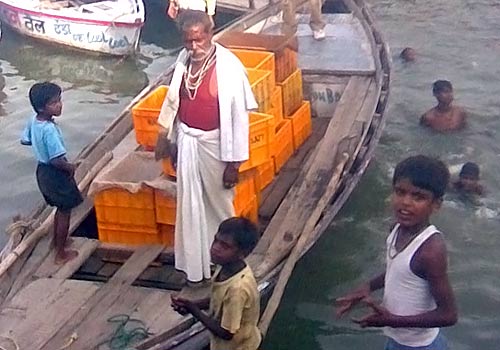 In Moments, this rescued fish will be swimming freely in the Ganges 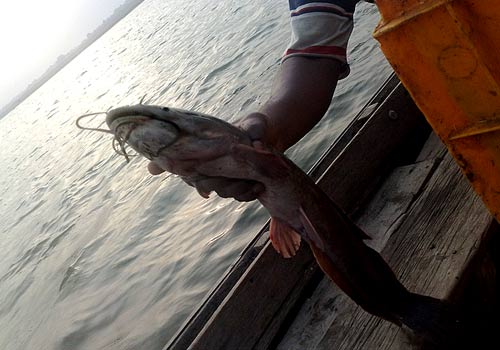 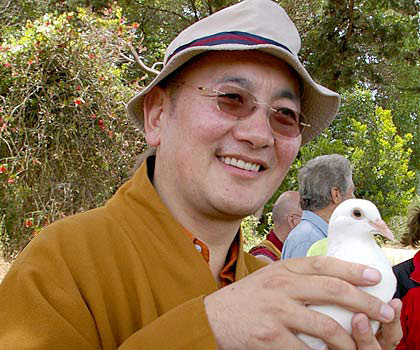 On the solstice – June, 21, 2009 – and during Saga Dawa, the sacred month when we commemorate the birth, enlightenment and pari-nirvana of Lord Buddha, TOC sponsored an animal release at Lake Merced in San Francisco. Native species like pigeons, ducks, pheasants and turtles had all been purchased earlier in the day from butcher shops where they awaited imminent slaughter.
Instead, they were blessed by Rinpoche, other lamas and practitioners and then freed into the wild.

The photos below include images from San Francisco and also Varanasi, India (on the left) where on May 27, 2010, in honor of the Buddhist holy day of Sagadawa, over 2,000 live fish were freed into the Ganges River. Varanasi is a colorful, ancient city with a long history as a religious center for Hindus, Jains and Buddhists.